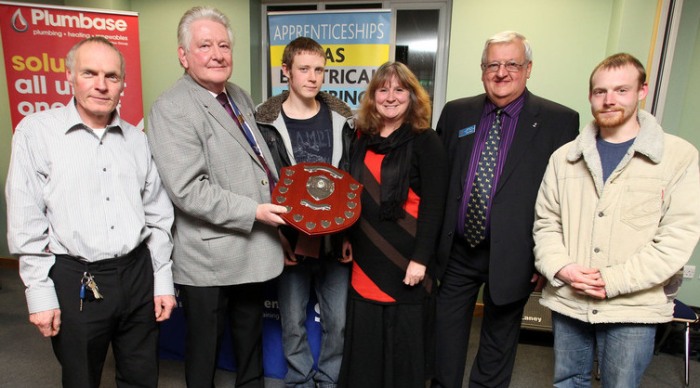 Steve Willis became involved with Burgess Hill Youth in 2011 when it was still known as Burgess Hill Boys’ Club.

Burgess Hill District Lions were running an appeal for a local business to sponsor a Chicory Tip concert of 60’s/70’s music, all proceeds to benefit the Boys Club.

The Club’s Treasurer and Chairman (Graham Cubitt and Tony Parris) were invited to a meeting with Steve Willis, the outcome of which was that Steve would sponsor the annual event and the Lions would introduce a new category in the Apprentice Presentation night for the apprentice who rose to the biggest challenge over the course of the year.

As a youngster, Steve was a member of the Boys’ Club so it’s extra special now that he has made Burgess Hill Youth his charity.

Our Club Secretary, Paul, recently came across some flyers for Burgess Hill Bulldogs Skater Hockey, from the mid-1990s.. Were you a member of the Bulldogs? We’d love to hear from you. Leave a comment, below. 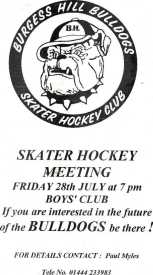